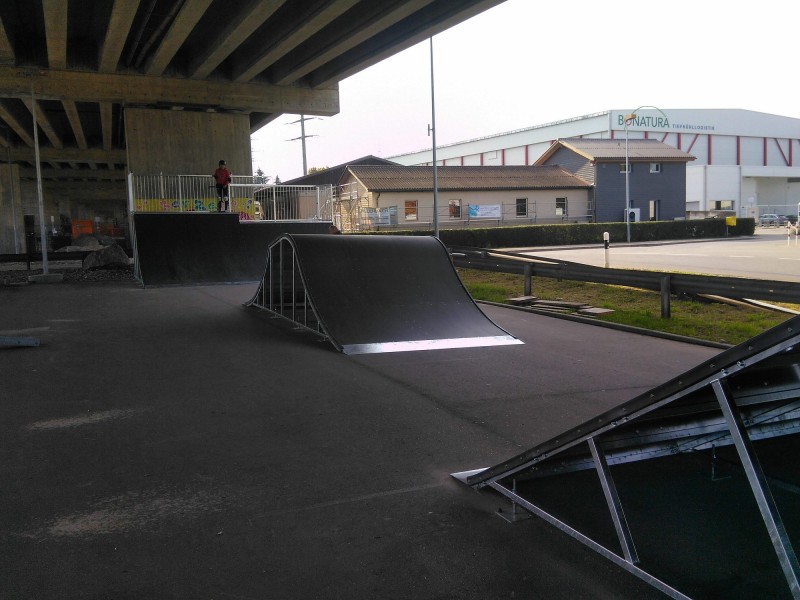 On October 17, 2020, the expansion of the Kerzers Skatepark was inaugurated under the motorway viaduct. The desire to expand the skate park, which was built around ten years ago, was first expressed in an “engage-survey” in spring 2019. With the support of the youth work and community of Kerzers and in cooperation with Vertical Technik AG, the project was worked out and the new skate facilities built.

The young initiators were involved in the project during the entire development process. Initially, their wishes and ideas were discussed and worked out with Paul Heuberger (the CEO of Vertical Technik AG) in a design workshop in Frenkendorf. The young people were then allowed to visit the production hall. The final point was the assistance in assembling the system on site over two working days.

Thanks to the expansion of the skate park, various new tricks and lines are now possible. We wish the users of the park a lot of fun on the expanded facility and thank the youth work and the Kerzers community for the great cooperation.