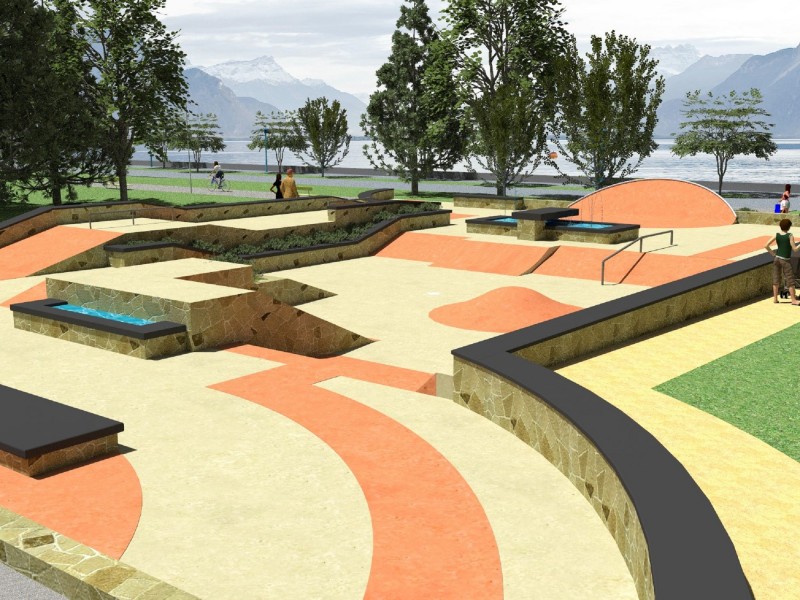 The city of La Tour-de-Peilz has given Vertical Technik AG the task of designing a skate plaza in the historic "Parc Roussy" on Lake Geneva. The job consisted of integrating a skate plaza to the green area surroundings, so that it fits visually into the picture. The plaza should not rise up too much above the ground and not be too deep, because the water level of Lake Geneva is not far. Other factors were that the skate plaza is to be a meeting place for young and older people, where social interaction can occur between different generations. A water feature should also be integrated because previously there was a fountain at this location. In addition, the geometric shape of the place should not be changed.
After the first drafts, it quickly became clear that this project would be a unique skate plaza. It is the first project of its kind in Switzerland. It is not a conventional skate park of gray concrete that only covers the needs of the skaters. It is a visually appealing place that should be integrated into the landscape, taking many criteria into consideration.

The project was approved by the Parks Department at the first presentation. Afterwards the politicians had to be convinced of its uniqueness, so that they would present this project to the population. This was also achieved in the next presentation. After that, it was time to hold a first workshop with the local skaters, where small adjustments were made.
The project is now well on its foundation and it is supported by most of the population. The procedure for building permits is in process and the funding is secured. However, unfortunately there are residents who do not find this location ideal for a skate plaza.

We thank you in advance for all your support in this project! 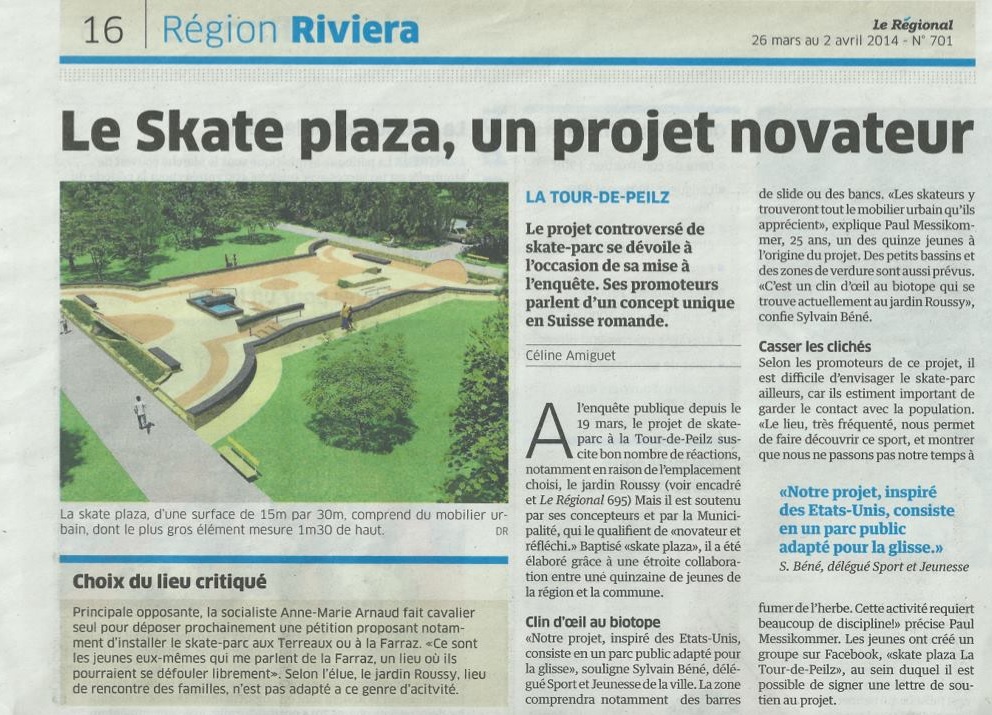