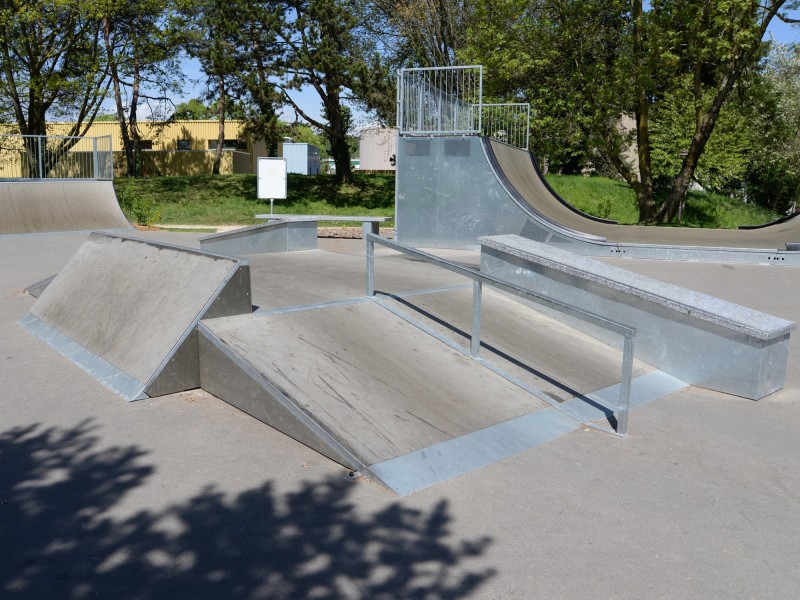 On June 6th Vertical Technik AG started the assembly work of the skate modules in the Parc de Vertou in Morges, which is located right beside Lake Geneva. However, before the technicians were able to start assembling the separate elements, the existing space had to be renewed. The old asphalt was milled off and covered with 3 cm of new asphalt. The asphalt works were done by a local company.

As soon as the asphalt had hardened, the first elements were delivered and screwed together. The skate park in Morges impresses through the quality of the elements. The skate plaza, which is the central module, consisting of various elements such as a granit ledge, rail, banks and a steep bank, works well in combination witht he quarterpipe and hip bank as an interesting line. The new miniramp is 1.9 m high and 6m wide, a real eye catcher. Two granite curbs, a banana curb with trick box and a 3 m straight rail round off the new skate park. The park was encased the a metal sheet upon the customer's request. All of the modules are equipped with a Skateface riding surface.
The labor was accompanied by changing weather conditions, but in the end Morges showed itself from its beautiful side and allowed for a few great snapshots to be taken. Thanks to the energetic help of three workers from the city of Morges, the skate park was constructed in only 3 days. This skate park is definitely worth a visit!